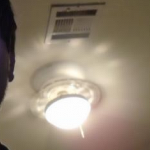 Hi, welcome to Castlevainia Fanon Wiki! Thanks for your edit to the Ivan page.

Hi! Would you like this wiki to be ad-free? I'm looking for wikis to be part of a new program which would remove all ads from the wiki for $19.95/month.

The page in LCD Chronicles was running. Even the pictures and the names was labeled incorrect, try and correct it if can. I already corrected it but the problem is always bugged during saved.User_talk:Ericard 03:57, June 3, 2010 (UTC)

I had a Siamese cat, but he died on January 29th, this year. There is a cat in the neighborhood, however, that is human-friendly (she has owners, but they are almost never at home, so they let her outside). Shadowmaster 22:11, June 17, 2010 (UTC)

It's OpenBOR, It was belongs from lavalit.com. This software was protected and licensed by the crew who make games before from the "street of rage". It was easy to learn but very hard to make a platform games such as castlevania.

There was 2 of my other staff was also involved on making their own game using the same program.User_talk:Ericard 13:22, June 20, 2010 (UTC)

In my point of veiw, we are alike. We both like Castlevania, we both are somewhat creative, and we both like cats ALOT. Meow. :)

So, you have discovered my secret. Indeed, I have many interests. I do edit the Custom Bionicles Wiki. I edit there when I'm not editing here.

Is Castlevania Special Edition the fan game where Omega and Vadriel are the secret bosses and all that? LostGod2000 17:47, August 29, 2010 (UTC)

Dear Admin, we need more staff here. Maybe one or two users with name to be syops. Try and talk to the most contribute in cvfanon wikia site.User_talk:Ericard 06:05, September 6, 2010 (UTC)

Dear Admin, we need more staff here. Maybe one or two users with name to be syops. Try and talk to the most contribute in cvfanon wikia site.User_talk:Ericard 06:06, September 6, 2010 (UTC)

You should know that I've quite experienced as an Admin. And I can even upgrade the page that you wanted me to do. I can also show you my samples in here: http://street-fighter-x-tekken.wikia.com/wiki/Street_Fighter_X_Tekken_Wiki

I've contacted alot of admins and members. So, I will quite often to be here. If you need my help or anything, you can contact me again.User_talk:Ericard 19:09, September 12, 2010 (UTC)

Shadowmaster, I'am quite tired for making new games right now. Cause I've complete my 10th creation of my game collections. But, I decide to work my life from now and will be busy with time. I will do as a webmaster from now on and takecare of many places in the websites, even in wikia.User_talk:Ericard 19:32, September 12, 2010 (UTC)

No. I deleted the page, while I make official forums for the Council.

Alright, It is now very near completion. Do you think there are spots needing improvement?That Turtle guy 23:21, August 17, 2011 (UTC)

its me again Edit

I just recently finished the Leon Belmont page and asked LostGod2000 what he thought of it, but he never answered. So I turn to you, the next best one to ask. Please tell me if there are any problems or highlights.That Turtle guy 01:53, November 5, 2011 (UTC)

What about the good parts can you tell me what you like about it?

I wasnt sure if it was a good or bad idea to make him sonia's father, so yeah....

Hi Shadow. Sorry for my inactivity, but, I just wanted to say hi. Is Melody of Chaos going well?

Retrieved from "https://castlevaniafanon.fandom.com/wiki/User_talk:Shadowmaster?oldid=6000"
Community content is available under CC-BY-SA unless otherwise noted.